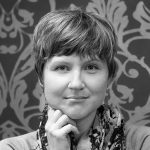 Heather Slomski is the author of The Lovers Set Down Their Spoons, winner of the Iowa Short Fiction Award and a finalist for the Minnesota Book Award. She received her MFA from Western Michigan University and held the Axton Fellow in Fiction at the University of Louisville. A recipient of a Minnesota State Artist Initiative Grant and a Minnesota Emerging Writers Grant, she currently lives in Moorhead with her husband and two young sons and is at work on a novel and a pair of novellas. 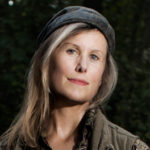 Beginning with Vacationland, Stonich’s Northern Trilogy continued in September 2018 with the release of Laurentian Divide, winner of the Minnesota Book Award. Both have been chosen as community reads in a dozen cities. These Granite Islands was a Barnes & Noble Great New Writers pick with multiple translations, as was The Ice Chorus. Her Fishing with RayAnne trilogy is being published by University of Minnesota Press beginning with Fishing! in 2020, to be followed in 2021 by Reeling. Her memoir, Shelter: Off the Grid in the Mostly Magnetic North, won a NEMBA award. Stonich is a frequent speaker at libraries, universities, conferences, and festivals and has been a writer-in-residence here and abroad with international fellowships in five countries. 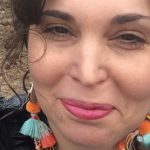 Rachel Coyne, a novelist and poet, is a graduate of the Perpich Center for Arts in Minnesota and Macalester College. She is a devotee of Pablo Neruda, a lover of Don Williams songs, and collects vintage editions of Jane Eyre. Her published works include the novels The Patron Saint of Lost Comfort Lake and Whiskey Heart, and a children’s book, Daughter, Have I Told You? She lives in Lindstrom. 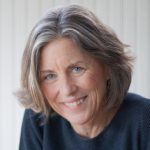 Beth Dooley has been writing about the Northern Heartland for over 20 years. She is the author of six books, including Minnesota Book Award finalist In Winter’s Kitchen. Her column, “Seasonal Kitchen,” appears weekly in the Star Tribune, and she contributes regularly to Minnesota Public Radio’s “Appetites.” Dooley is the co-author with Sean Sherman of the 2018 James Beard “Best American Cookbook,” The Sioux Chef’s Indigenous Kitchen. 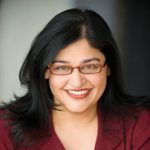 Swati Avasthi (SWA-thee Of-US-thee) started writing when she was five, but she took a serpentine career path (working as domestic violence legal coordinator, a law student, a theater director, and stage manager) before she returned to writing. Her first book, Split, received the International Reading Association Award, Cybils Award, received recognition from 15 US state awards committees, and has been translated into four languages. Her second book, Chasing Shadows, received several starred reviews from School Library Journal, Publisher’s Weekly, and was listed as a Best of 2013 by Kirkus, Bank Street College, and YALSA. Swati holds a B.A. from The University of Chicago and an MFA from the University of Minnesota. She teaches at Hamline University’s MFA in Writing for Children and Young Adults and lives in Minneapolis with her two dogs, two kids, and one husband – though he’s worth two. 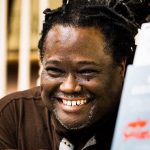 A. Rafael Johnson entered The University of Alabama MFA Creative Writing program in 2008. He edited for Black Warrior Review and Fairy Tale Review. He interrupted his studies to teach in post-conflict Liberia as part of USAID-funded reconstruction efforts. After returning to Alabama, Johnson completed his MFA and remained on campus, lecturing in composition, literature, hip hop, spoken word, and creative writing. Johnson was named a Kimbilio Fellow in African American Fiction in 2014 and has been nominated for the Pushcart Prize. His debut novel, The Through, was a finalist for the Minnesota Book Award. Currently, Johnson teaches at the Minneapolis College of Art and Design and works as a consultant with his company, Inspire to Change.

Thomas Maltman’s essays, poetry, and fiction have been published in many literary journals. He has an MFA from Minnesota State University, Mankato. His first novel, The Night Birds, won an Alex Award, a Spur Award, and the Friends of American Writers Literary Award. In 2009 the American Library Association chose The Night Birds as an “Outstanding Book for the College Bound.” He teaches at Normandale Community College and lives in the Twin Cities area with his wife, a Lutheran pastor, and his three daughters. Little Wolves, his second novel, was a finalist for the Minnesota Book Award and won the All Iowa Reads selection in 2014. 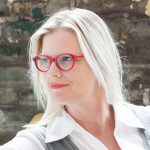 Stephanie Wilbur Ash is the author of The Annie Year, a novel about a rural woman CPA who has an extra-marital affair with the new vocational agriculture teacher in town. A former editor at Mpls.St.Paul Magazine, Ash was also one of the literary/musical comedians behind the Lit 6 Project (loud, drunken, funny, connected stories told in bars across the Midwest), the Electric Arc Radio Show (episodic musical comedy heard on Minnesota Public Radio), and Don’t Crush Our Heart! (the world’s only full-length twee-pop musical/courtroom drama). Ash works at Gustavus Adolphus College, a liberal arts college in a small prairie town in Minnesota. She is originally from rural northeast Iowa and lives in Minneapolis and Mankato, Minnesota. 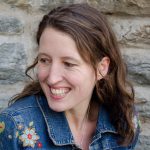 Kelly Barnhill is the author of four novels, most recently The Girl Who Drank the Moon, winner of the Newbery Medal. The Witch’s Boy received four starred reviews and was a finalist for the Minnesota Book Awards. Barnhill has been awarded writing fellowships from the Jerome Foundation, the Minnesota State Arts Board, and The McKnight Foundation. She lives in Minnesota with her husband and three children. 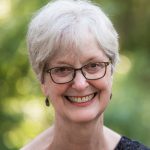 Pamela Carter Joern is an award-winning author of three books and numerous journal publications. In Reach won the 2015 Nebraska Book Award for Fiction (short story) and was a finalist for the Minnesota Book Award. The Plain Sense of Things was a Midwestern Booksellers Association Connections Pick, and The Floor of the Sky received a Barnes and Noble Discover Great New Writers designation, a Nebraska Book Award, and an Alex Award. She has twice won Minnesota Monthly magazine’s Tamarack Award for short fiction. She has written six plays that have been produced in the Twin Cities and was co-director of Role Over Productions, a theater company housed in Sabathani Community Center. She has taught writing classes at the Loft Literary Center in Minneapolis.