Kandice Magnan grew up on a small dairy farm in central Minnesota. Surviving domestic violence, raising her four young children as a single mother, and recognizing the destruction her own choices were causing, she discovered Jesus. Allowing Jesus to guide her decisions, she was able to experience a transformed life of victor instead of victim. She received her A.A. degree from Central Lakes College in Brainerd, Minnesota, and her B.A. Degree in Biblical Studies from Oak Hills Christian College in Bemidji, Minnesota. Magnan remarried, and now has a blended family of six children and seven grandchildren. She works as a subcontracted rural mail carrier and is an assistant pastor of Legacy Church near Pequot Lakes, Minnesota. 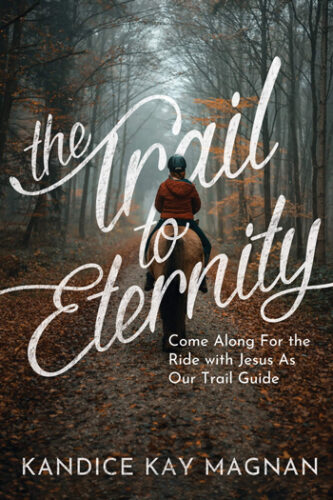 The Trail to Eternity — Come Along For the Ride With Jesus As Our Trail Guide (Kharis Publishing, 2021)