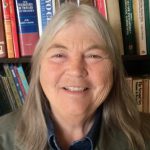 Dianna Hunter is the author of two nonfiction books, Wild Mares: My Lesbian Back-to-the-Land Life and Breaking Hard Ground: Stories of the Minnesota Farm Advocates. Both were finalists for the Minnesota Book Award. She is also the creator of the radio programs Breaking Hard Ground, which were broadcast nationally on public and community radio stations. She was a farmer and farm advocate before beginning a career in writing and college teaching. She directed programs in writing and gender equity and taught writing and women’s and gender studies at four universities, including the University of Wisconsin-Superior, from which she retired in 2012. She has published, read, and performed short stories, poetry, journalism, and creative nonfiction in many regional and national venues and now writes, gardens, and forages urban green spaces in Duluth, Minnesota. 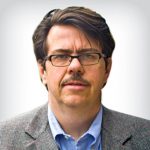 Raised in the farm country and river towns of southeastern Minnesota, Kevin Fenton is the author of Merit Badges (AWP Prize for the Novel) and Leaving Rollingstone. His work has appeared in Ploughshares and the Gettysburg Review. He got a slightly better education than he deserved at Beloit College, the University of Minnesota Law School, and the University of Minnesota MFA program. He works in advertising.

Fenton has taught Intro to Fiction and Seven Essential Skills for Fiction at the Loft Literary Center; spoke to University of Minnesota creative writing classes on “How to Start A Story”; addressed classes at Beloit College, Winona State University, and Western Michigan University; written on Social Media and the Anti-Social Novelist in Dislocate; guest-blogged about the nature of literary memoir; published essays in the design quarterlies Émigré and Eye (London); contributed to the anthology Looking Closer 2: Critical Writing On Graphic Design; led a panel on The Book Launch at AWP; and appeared on KARE 11 News (Minneapolis), on the topic of advertising to youth. Fenton lives in Saint Paul with his wife Ellen and his greyhound Violet. 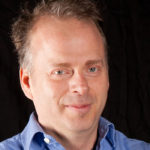 Eric Dregni is the author of 18 books including You’re Sending Me Where? Dispatches from Summer Camp, Vikings in the Attic, Let’s Go Fishing, Weird Minnesota, and Never Trust a Thin Cook. As a Fulbright fellow to Norway, he survived a dinner of rakfisk (fermented fish) thanks to 80-proof aquavit, took the “meat bus” to Sweden for cheap salami with a busload of knitting pensioners, and compiled the stories in In Cod We Trust: Living the Norwegian Dream. He is a freelance journalist for the Lake Minnetonka Magazine, StarTribune, and Salon.com. He is Professor of English & Journalism at Concordia Saint Paul and, in the summer, dean of the Italian Concordia Language Village, Lago del Bosco. He lives in Minneapolis with his wife, three kids, and an attentive Australian shepherd named Bacco. 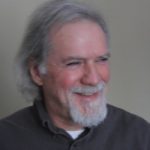 Mark Conway is the author of three books of poetry including a new book, rivers of the driftless region. His previous books won the Gerald Cable Book Award and the American Poetry Journal Book Award. Conway’s poems have appeared in The Paris Review, Slate, The American Poetry Review, Ploughshares, The Kenyon Review online, Harvard Review, BOMB, the PBS NewsHour, and the Academy of American Poets Poem-a-Day series, along with critical essays in the Oxford Encyclopedia of American Literature. He has received two fellowships from the McKnight Foundation as well as several MSAB grants and others from the Jerome Foundation, the Corporation of Yaddo, and the MacDowell Colony. 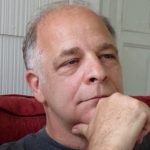 Martin Case has researched the government signers of U.S.-Indian treaties for a dozen years. Along the way, he served on the design team for “Why Treaties Matter,” a traveling exhibit created by the Minnesota Indian Affairs Council, Minnesota Humanities Center, and Smithsonian Museum of the American Indian. He has made presentations to educators and the general public on multiple topics as a consultant to the Minnesota Humanities Center. In June, 2018 the Minnesota Historical Society Press published his book, The Relentless Business of Treaties: How Indigenous Land Became U.S. Property. 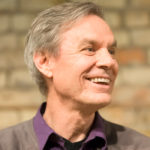 John Coy is the author of young adult novels, the 4 for 4 middle-grade series, and nonfiction and fiction picture books including Night Driving, Two Old Potatoes and Me, Hoop Genius, Game Changer, Their Great Gift, and My Mighty Journey: A Waterfall’s Story. He has received numerous awards for his work including a Marion Vannett Ridgway Award, a Charlotte Zolotow Honor, a Bank Street College Best Book of the Year, and the Burr/Warzalla Award for Distinguished Achievement in Children’s Literature. He has visited schools and libraries around the state discussing the process of creating a book, working with students and adults on writing, and answering all kinds of questions. He lives by the Mississippi River in Minneapolis and loves to travel. 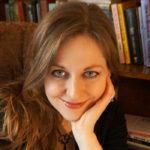 Jacqueline West is the author of The New York Times bestselling series The Books of Elsewhere, the Schneider Family Honor Book The Collectors, and the middle grade mystery Digging Up Danger, as well as the YA novels Dreamers Often Lie and Last Things. Her debut, The Shadows (The Books of Elsewhere, Volume One), garnered multiple starred reviews, was named a Publishers Weekly Flying Start and a Junior Library Guild Selection, and received the 2010 CYBILS Award for fantasy/science fiction. An award-winning poet and occasional actress, West lives with her family in Red Wing. 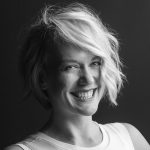 Sally Franson is the author of the critically acclaimed novel, A Lady’s Guide to Selling Out, named a “New and Notable” by Entertainment Weekly, “Hilarious” by Kirkus Reviews, and shortlisted for a Minnesota Book Award. Her short stories, essays, reportage, and humor pieces have appeared in The Guardian, Minneapolis-St. Paul, Best American Travel Writing, PopSugar, The Progressive, Signature Reads, Word Riot, Witness, and many more. She is the recipient of a MacDowell Colony fellowship, UCross residency, an Excellence in Wisconsin Journalism award, a Minnesota State Arts Board Artist Initiative grant, a Glimmer Train honorable mention, and has twice appeared on NPR Weekend Edition with Scott Simon. She currently teaches creative writing at Macalester College and is working on her second novel. 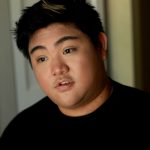 Hieu Minh Nguyen is a queer Vietnamese American poet and performer based in Minneapolis. He is the author of the poetry collections Not Here and This Way to the Sugar. His work has appeared in Poetry magazine, Best American Poetry, BuzzFeed, Poetry London, and elsewhere. The recipient of a Ruth Lilly and Dorothy Sargent Rosenberg Poetry Fellowship from the Poetry Foundation, Nguyen is also an National Endowment for the Arts Literature Fellow, a Kundiman fellow, and a graduate of the MFA Program for Writers at Warren Wilson College. 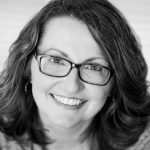 Sara Biren is a graduate of the University of Minnesota, Duluth, and earned an MFA in Creative Writing from Minnesota State University, Mankato. She is a content and social media manager for a Minneapolis marketing firm and offers freelance editing and copywriting services. She lives northwest of Minneapolis with her husband and their two children. A true Minnesotan, she is a fan of hockey, hot dish, and hanging out at the lake. She enjoys seeing live bands, watching movies with her family, and drinking coffee.