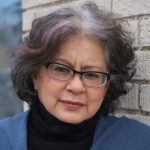 Sherry Quan Lee earned an MFA from the University of Minnesota and taught Creative Writing at Saint Catherine University and Metropolitan State University. She is the author of Chinese Blackbird, a memoir in verse, and How to Write a Suicide Note: Serial Essays that Saved a Woman’s Life. Quan Lee’s most recent publications include: Love Imagined: a Mixed Race Memoir, a 2015 Minnesota Book Award Finalist, and the anthology How Dare We! Write: a Multicultural Creative Writing Discourse. She was a poetry mentor for the 2015-2016 Loft Literary Center’s Series in Poetry and Creative Prose. Her essay, “Discomfort Zone, Minnesota Born and Raised,” is included in the anthology A Good Time for the Truth, Minnesota Historical Society Press, edited by Sun Yung Shin. 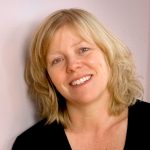 Rachel Moritz is the author of Borrowed Wave, a finalist for the National Poetry Series as well as the 2015 Minnesota Book Award in Poetry. Her second poetry collection, Sweet Velocity, won the 2016 Besmilr Brigham Women Writer’s Award from Lost Roads Press. Moritz is also the co-editor of a collection of personal essays, My Caesarean: Twenty Mothers on the C-Section Experience and After. Her poems have appeared in American Letters and Commentary, Aufgabe, Colorado Review, Denver Quarterly, Iowa Review, Poetry City, 26, Tinderbox Poetry Journal, TYPO, and Volt. Among her awards are fellowships from the Jerome Foundation and the Minnesota State Arts Board, most recently a 2017 Artist Initiative grant in prose. Moritz received an MFA in Poetry from the University of Minnesota. She lives in Minneapolis, where she works as a teaching artist and a content developer for museum projects. 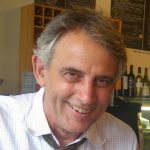 James Silas Rogers is an editor and creative writer. His book of essays and poems about cemeteries, Northern Orchards: Places Near the Dead, was a finalist for the Minnesota Book Award in Memoir & Creative Nonfiction. Four of his essays have been selected as a “notable” in the annual Best American Essays volume (and as editor of New Hibernia Review, a journal of Irish Studies published by the University of St. Thomas, he has edited 15 other BAE notables). He’s the author of a chapbook of poems, Sundogs, and a poetry volume, The Collector of Shadows. His scholarly publications focus on Irish-American literature, chiefly memoir. His books include Irish-American Autobiography: The Divided Hearts of Athletes, Priests, Pilgrims, and More and Extended Family: Essays on Being Irish American from New Hibernia Review.

Laura Purdie Salas has written more than 125 books for kids, including Meet My Family!, the Can Be… series (Bank Street Best Books, IRA Teachers’ Choice), BookSpeak! (Minnesota Book Award, NCTE Notable), and If You Were the Moon. Science and poetry are her first loves, and she enjoys mashing up different genres and styles. Her overall goal is to write books that entertain and engage kids and that help them see the wonder that our world contains. A former teacher, Salas loves to get kids excited about reading and writing, and she also likes sharing inspiration and practical tips with educators about poetry, nonfiction, and more. 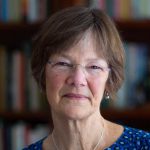 Joyce Sidman’s books have won a Newbery Honor (Dark Emperor and Other Poems of the Night) and two Caldecott Honors. Her book What the Heart Knows was a finalist for the Los Angeles Times Book Prize. In 2013, she received the NCTE Award for Excellence in Children’s Poetry for her body of work. When not writing or roaming the woods, she teaches poetry writing in schools with COMPAS.org of Saint Paul. 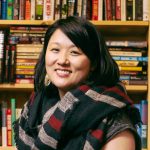 Sun Yung Shin was born in Seoul, Korea. She is the author of poetry/essay collections Unbearable Splendor (Minnesota Book Award); Rough, and Savage; Skirt Full of Black (Asian American Literary Award); editor of A Good Time for the Truth: Race in Minnesota; co-editor of Outsiders Within: Writing on Transracial Adoption, and author of bilingual illustrated book for children Cooper’s Lesson. With poet Su Hwang she co-founded and co-directs Poetry Asylum, a poetry-centered organization that exists to create platforms and spaces for marginalized voices, and operates under three commitments: all language is political, no one is illegal, and poetry is a human right. 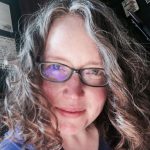 Julie Gard’s prose poetry collections include Scrap: On Louise Nevelson and Home Studies, which was a finalist for a 2016 Minnesota Book Award. Her chapbooks are Obscura: The Daguerreotype Series and Russia in 17 Objects. Gard’s poems, stories, and essays have appeared in Gertrude, Fourth River, Clackamas Literary Review, Crab Orchard Review, Ekphrasis, and Blackbox Manifold, among other journals and anthologies. A former Fulbright Graduate Fellow in Vladivostok, Russia, she lives in Duluth and is Associate Professor of Writing at the University of Wisconsin, Superior. 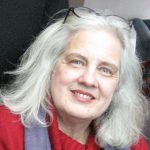 Patricia Kirkpatrick received the first Lindquist & Vennum Poetry Prize for Odessa and was awarded a 2013 Minnesota Book Award. Her new poetry collection, Blood Moon, is forthcoming. Kirkpatrick’s awards include fellowships from the National Endowment for the Arts, Bush Foundation, Jerome Foundation, the McKnight Foundation, the Loft, and Minnesota State Arts Board. Her poetry has been set to music by composers Carol Barnett and Libby Larsen. She has taught writing at many colleges, including the University of Minnesota MFA program, and conducted writing workshops, residencies, panels, and inservices in elementary classrooms, the Princeton Theological Seminary, and various school districts and libraries. As poetry editor for the literary journal Water-Stone Review (2001-2012), she worked with nationally known and emerging writers and solicited and published writing in Dakota and Ojibwe languages. A past board member of the Loft and Saint Paul Almanac, she serves on the executive board for the musical ensemble Cantus and works as a freelance editor and private teacher. 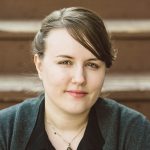 Caitlin Bailey received an MFA from Hamline University. Her first book, Solve for Desire, won the 2017 Lindquist & Vennum Prize for Poetry and was a finalist for the 2017 Minnesota Book Awards. Her poems have appeared in Hayden’s Ferry Review, Sugar House Review, Bateau, Carolina Quarterly, and elsewhere. She lives in Saint Paul. 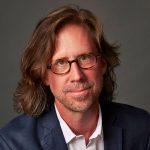 Todd Boss is a poet, librettist, public artist, and film producer. His diverse career is the result of his passion for collaboration. He is the author of three books of poetry, Yellowrocket, Pitch, and Tough Luck. His poems have appeared in Poetry, The London Times, The New Yorker, NPR, and Best American Poetry, and he says he writes “poetry for people who don’t like poetry.”

Boss has worked as a librettist and lyricist with composers Andy Vores, Jake Runestad, and Matt Boehler. The award-winning works have premiered at major venues including the Kennedy Center. As a public artist, his vision is “to make public spaces more poetic.” His large-scale, multidisciplinary works of public art include installations in riverways, projections on historic buildings, and virtual reality experiences.

His passion for helping contemporary poetry reach a wider audience led him to become the founding Executive and Artistic Director of Motionpoems, the world’s only poetry film company. Motionpoems’ annual season of 15-20 films premieres annually in Minneapolis and has had screenings across the country from Los Angeles to New York City.