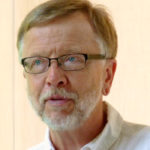 Richard Terrill’s new book of poems is What Falls Away Is Always, forthcoming in September 2020 from Holy Cow! Press. His previous books include Coming Late to Rachmaninoff, winner of the Minnesota Book Award; and two memoirs, Fakebook: Improvisations on a Journey Back to Jazz and Saturday Night in Baoding: A China Memoir, winner of the AWP Award for Nonfiction. He has held fellowships from the NEA, Wisconsin and Minnesota State Arts Boards, Jerome Foundation, MacDowell Colony, and Bread Loaf Writers’ Conference, as well as three Fulbrights. His work has appeared in Iowa Review, Georgia Review, North American Review, River Teeth, and New Letters. He is Professor Emeritus at Minnesota State University, Mankato, where he was a Distinguished Faculty Scholar. He works as a jazz saxophonist.

For 34 years, Thom Tammaro taught English and writing at Minnesota State University Moorhead, where he was one of the founders of the MFA in Creative Program which he directed for five years. In 2001, he was named the Roland and Beth Dille Distinguished Faculty Lecturer. He retired as Professor Emeritus in 2017. He is the recipient of three Minnesota Book Awards for anthologies he has edited. He is the author of three full-length collections of poetry, 23 Poems, Holding on for Dear Life, and When The Italians Came To My Hometown, a finalist for a Minnesota Book Award; and two chapbooks, 31 Mornings in December and Minnesota Suite. His poems, essays, reviews, and interviews with poets have appeared in numerous anthologies and magazines including American Poetry Review, The Bloomsbury Review, Chicago Review, The Chronicle of Higher Education, and others. 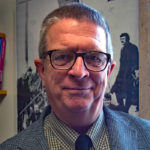 Richard Robbins was raised in Southern California and Montana and has lived in Minnesota for 35 years. He studied as an undergraduate with Glover Davis and Carolyn Forché at San Diego State University and as a graduate student with Richard Hugo and Madeline DeFrees at the University of Montana. He has published six books including The Invisible Wedding, Famous Persons We Have Known, The Untested Hand, Radioactive City, and Other Americas. His Body Turn to Rain: New & Selected Poems was published in Lynx House Press’ Northwest Masters Series. Over the years, he has received awards and fellowships from The Loft, the McKnight Foundation, the Minnesota State Arts Board, the Hawthornden Castle International Retreat for Writers, the National Endowment for the Arts, and the Poetry Society of America. From 1986-2014, Robbins directed the Good Thunder Reading Series at Minnesota State University Mankato, where he continues to direct the creative writing program. In 2006, he was awarded the Kay Sexton Award for long-standing dedication and outstanding work in fostering books, reading, and literary activity in Minnesota. 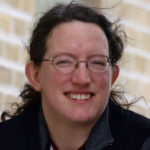 Naomi Kritzer has been writing science fiction and fantasy for 20 years. Her short story “Cat Pictures Please” won the 2016 Hugo and Locus Awards and was nominated for the Nebula Award. Cat Pictures Please and Other Stories was released in 2017. Her young adult novel Catfishing on Catnet (based on “Cat Pictures Please”) won the Minnesota Book Award in the Young Adult Literature category in 2020 and has been nominated for the Edgar Award. She lives in Saint Paul with her spouse, two kids, and four cats. The number of cats is subject to change without notice. 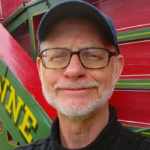 Steve Hoffbeck was born in Minnesota and grew up as a dairy-farmer’s son on the family farm located five miles north of Morgan. His first book, The Haymakers: A Chronicle of Five Farm Families told of the blessings, toil, and woes of farming, was a Minnesota Book Award winner. His subsequent work, Swinging for the Fences: Black Baseball in Minnesota, explored the history of almost-forgotten ballplayers in the North Star State (Sporting News/SABR Baseball Research Award, 2005). Hoffbeck, a long-time Professor of History at Minnesota State University Moorhead, also wrote Hillcrest’s Hundred Years of Stories, 1916-2016, a centennial history of Hillcrest Lutheran Academy in Fergus Falls. He has written numerous articles for Minnesota History and regional magazines and writes short history features for “Dakota Datebook,” Prairie Public Radio, Fargo, North Dakota. He is working on a book about Minnesota’s “legends and lore.” He lives in Barnesville, Minnesota, with his wife, Dianne. They have four adult children and four grandchildren. 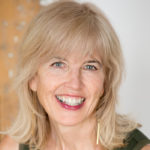 Alison McGhee writes novels, picture books, poems, and essays for all ages. Her most loved books include the novels The Opposite of Fate, Shadow Baby, and Never Coming Back, along with Someday, the #1 New York Times bestselling picture book for adults. Her work has been translated in more than 20 languages. She also teaches creative writing and specializes in fun, intensive, exhilarating one-day workshops, each with a specific focus. 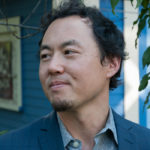 Ed Bok Lee, the son of North and South Korean emigrants, grew up in South Korea, North Dakota, and Minnesota, and was educated on both U.S. coasts as well as Russia, South Korea, and Kazakhstan. Lee is the author of Whorled, winner of a 2012 American Book Award and a Minnesota Book Award. His first collection, Real Karaoke People, won a 2006 PEN Open Book Award and an Asian American Literary Award (Members Choice). He teaches in Fine Arts at Metropolitan State University in Saint Paul and for two decades has taught in numerous programs for youth and the incarcerated. His most recent book of poetry is Mitochondrial Night.

In his 40-year career, photographer Wing Young Huie has captured the complex cultural realities of American society. He has exhibited nationally and internationally, and his best-known projects, Lake Street USA and The University Avenue Project, transformed Twin Cities’ thoroughfares into six-mile galleries, reflecting the everyday lives of thousands of its citizens.

He is the first photographer to be honored with the McKnight Distinguished Artist Award (2018). Chinese-ness: The Meanings of Identity and the Nature of Belonging, his seventh and most personal book, was awarded a 2019 Minnesota Book Award. It is in classrooms and non-arts venues where his work has also had a deep impact, showing the many ways he’s photographically engaged thousands of strangers. He invites participants to discuss what they see in his photos before revealing back-stories that complicate and challenges perceptions. To aid teachers, he created a simple educational tool – “What Do You See?” – using his photos that are loaded with suggestion yet open to interpretation. 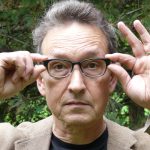 Hautman’s recent books include the middle-grade novels Slider and Otherwood. His latest book, Road Tripped, is a young adult novel to be released in May 2019. With novelist, poet, and occasional co-author Mary Logue, Hautman divides his time between Golden Valley, Minnesota, and Stockholm, Wisconsin. 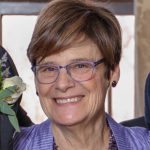 Susan Bartlett Foote is a writer, lawyer, historian, and health policy expert. She is professor emerita in the School of Public Health at the University of Minnesota. She was an associate professor at the University of California – Berkeley, Legislative Counsel in the U.S. Senate, and consultant and advisor to government agencies and health organizations. She is widely published in her field of health and technology policy and is the author of Managing the Medical Arms Race: Innovation and Public Policy in the Medical Device Industry and The Crusade for Forgotten Souls: Reforming Minnesota’s Mental Institutions, 1946-1954, winner of a 2019 Minnesota Book Award. Born and raised in San Francisco, she is a 20 year resident of Saint Paul.